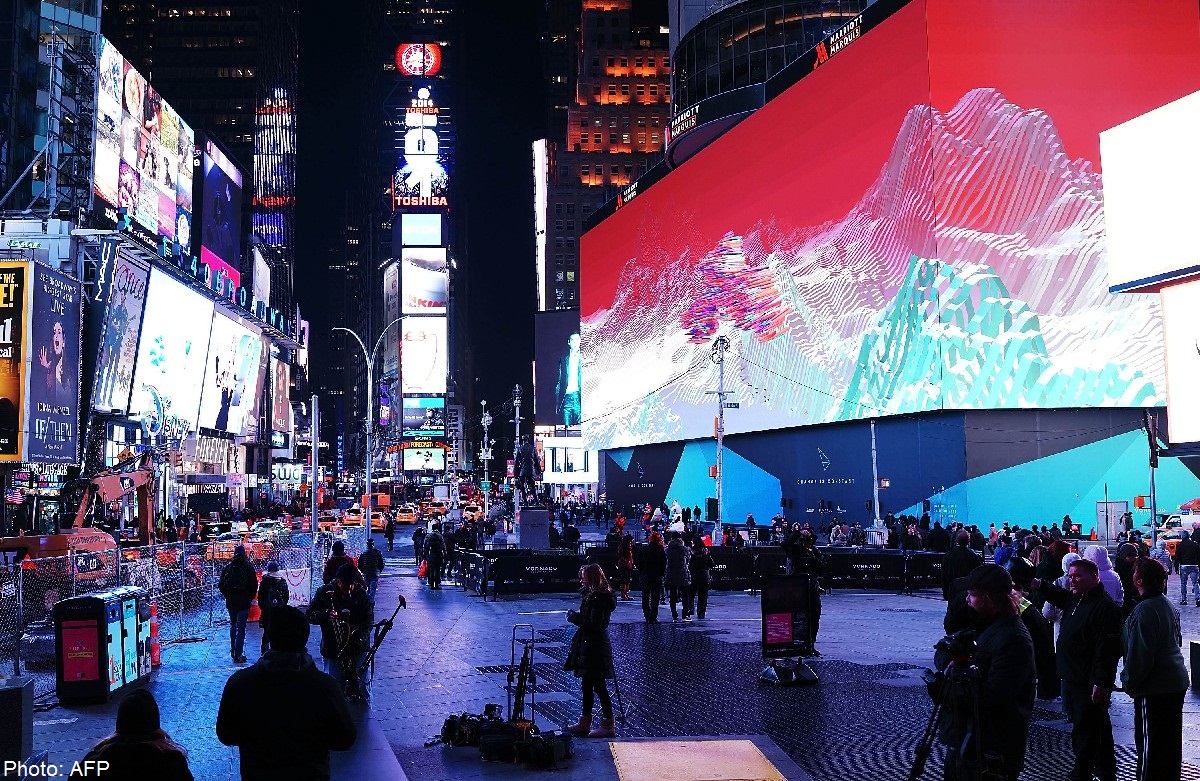 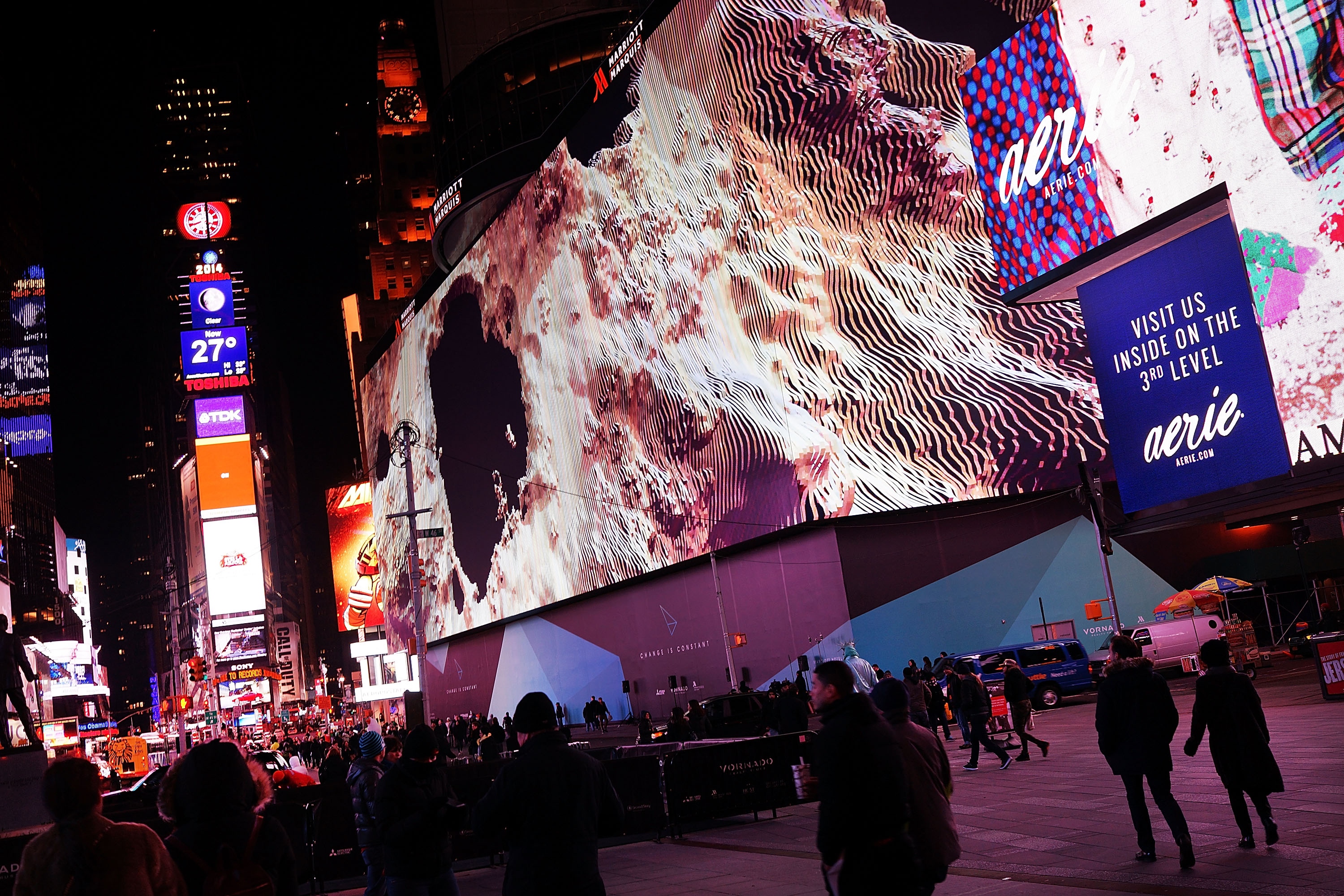 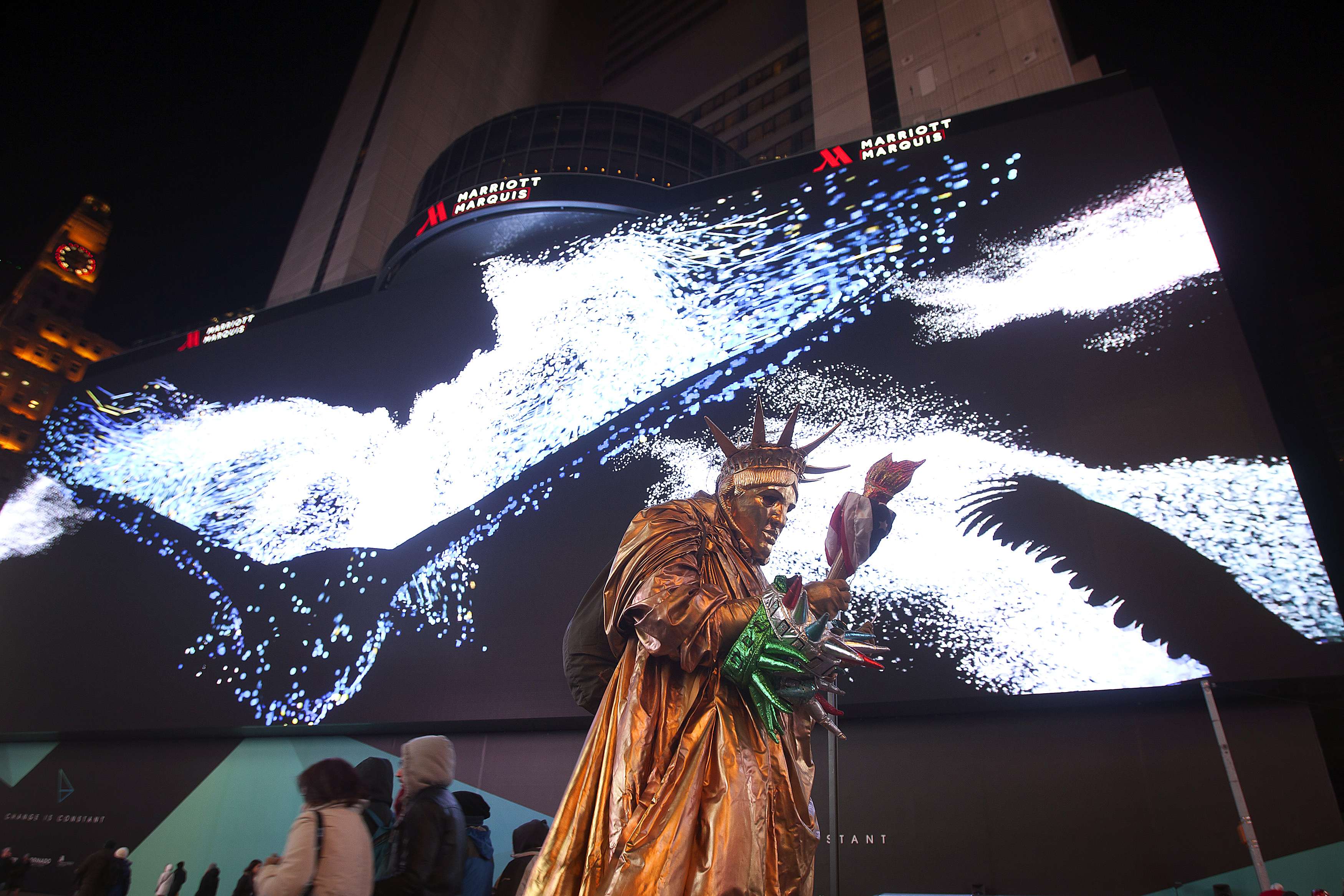 Universal Everything created a series of films to launch Times Square’s largest digital billboard in 2014.

Commissioned by SecondStory for Vornado Realty, the team wrapped a block with 24 million pixels of digital art.

From a single pixel, the audience is taken on a journey of transformation inspired by technological advances, landscapes and New York itself. The CGI films show off the stunning capacity of these groundbreaking new 4K screens. And, in the heart of one of the world’s busiest and noisiest places, they have a relatively calm, meditative pace, exploring the idea that change is constant.

‘Everyone is constantly being bombarded by advertising, we thought about it as an opportunity for real creativity. Rather than flipping the switch and presenting more advertising on Day One, we wanted to do something different and make it an event. We wanted it to be a statement to potential brand advertisers, that this isn’t just a big TV but something that can be used in a variety of ways.’ – Donald Chesnut, Chief Experience Officer at SapientNitro, to Fast Company